Writing your own obituary

Once I realized that no one survived the disease that had chosen me*, (unless they were fortunate enough to receive a lung transplant), I began reading the obituaries. I’m not sure why. I think I was looking for company. 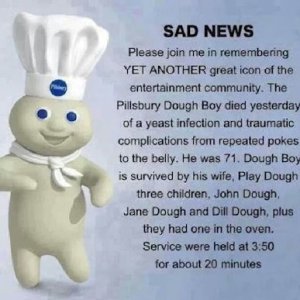 Senator Diane Feinstein reportedly once said that when it comes to news, the accusation goes on the front page, while the retraction goes next to the obituaries. The meaning here, of course, is that the dirt that can ruin reputations and sell advertising figures prominently in the parts of the paper that everyone reads, while the good news, that someone was actually found to be innocent and cleared of all wrongdoing, gets stuck where no one looks. We don’t celebrate innocence, at least not in adults. It’s too anticlimactic.

Prior to developing IPF, I would have agreed about what we tend to read. But as of the disease, this was reversed for me. The news was no longer my future. The obits were.

And I found myself fascinated by who died at what age. (There is rarely information about how people died. But there’s plenty of floral language about being in a better place, if you are looking for applied Hallmark copy.) It’s amazing how many people die in their 80s and 90s. Most in fact. (My life expectancy a century ago would have been 47. Technology to the rescue.) Then there was a gap – not many died in their 70s. Then it picked up again, with a number of people dying in their 50s and 60s. It seemed that if you didn’t die before your time because of some freak accident or life truncuating disease – heart failure, cancer, election results, IPF – then you were pretty much assured to die of “old age.”

Die of old age? Well, everyone dies of something other than logging too many years on the planet. (Even people who die of a broken heart actually expire from a heart attack.) I think what “dying from old age” really means is that we feel comfortable with people dying in their 80s and 90s. (Beyond the 90s, it begins to feel unnatural.) It seems like they have been treated fairly by life, that after going through all the hassle of being born, having the creativity pummeled out of them in elementary school, having their hearts broken as teenagers (and adults), working at dead end jobs, slogging their way through emotionally draining relationships – you know, life – that they have lived long enough. The rest who died in their 60s? They got cheated.

Once it was announced that I had a disease that could end me, and that had left me sedentary, gasping for air, and afraid that a power outage could kill the oxygen machine that was keeping me alive, friends started to visit me. The look in their eyes said “What a crappy way to go, and at such a young age!” I was 61. Were I 85, the disease, and the way it was destined to take me down, would have been just as awful. But it would have made more sense. To others. It would have created less of a disturbance in the Force.

As I sit inhaling and exhaling with new lungs, I no longer read the obits. They were getting sort of boring. For now I seem to have dodged the IPF bullet. Actually, a rash of bullets. More like an ambush, a drive-by, with ammo blamming all around me.

But that’s this time. What’s next? Could be lung rejection, which happens to many transplant recipients. Could be heart failure. Could be a freak accident with lightening or a runaway bus or choking on an undigestible piece of pizza. Could be old age. But it’ll be something. Dying, once a concept, is now a visceral eventuality. Glad I got a chance to practice.

I also got a chance to practice wondering about my own obituary. If we could convince the copy editor at the newspaper to skip the over-the-top “sleeping with his ancestors” stuff, and let us write our own obituaries, mine might look something like: Let’s put the fun back in funeral. Or: We celebrate the life of someone who celebrated the life of others. More at jasonOhler.com. Or: Been there done that. Please don’t recycle. Or: Please become an organ donor. And tell everyone that you love that you love them. (And what do you say to those you don’t love? Neener neener.)

That’s the challenge, isn’t it? If you had to write your own obituary, what would it say? How honest could you afford to be?

Actually, perhaps more to the poignant point, what would others say? Imagine a committee comprised of family members, co-workers, and ex-significant others converging on a few sentences that describe who you really are. Would you want to read it? Better start being nice to them now. Your headstone could be in their hands.

* Idiopathic pulmonary fibrosis, which causes a gradual scarring over of the lungs, gradually making it impossible to breathe.

This entry was posted in Uncategorized. Bookmark the permalink.